Thousands of customers use OutSystems' low-code platform to develop applications following an agile method. In a simple project, the developer usually works alone, releasing the results independently, while in complex projects the team has professionals who perform certain tasks in the process. In either of these situations, tools are used to support project management, design, test, application distribution, metric analysis, and other functions.

In practice, what we discussed above means using multiple tools that do not communicate with each other, and thereby introducing a possibility to manually assign repeatable tasks at all stages of the project. Therefore, one of the key problems is that the low-code developers need an operating model that can combine all the different tools throughout the application's development lifecycle.

We are definitely seeing the impact of low-code on development environments and DevOps. Remember, low-code started with small applications, and while DevOps-style teamwork and workflows may not be needed there, as the use of low-code platforms becomes the norm for critical enterprise projects, DevOps will be a necessary part of the mix. This is where low-code is having a more obvious impact; Agile methodologies using low code platforms for iteration, for continuous improvement and for continuous delivery. These applications aren’t one-and-done. They need to be maintained, improved and delivered, again and again.

OutSystems low-code tools are a double-edged sword. They facilitate teamwork, but issues with security and data governance may not be on top-of-mind for developers. If you have a big team working on automation and/or application development and delivery, the need for built in governance becomes even more important.

Agile.Now pipelines are very easy to use and take only few minutes to setup. No previous expertise or coding skills required.

What does Agile.Now DevOps solve? 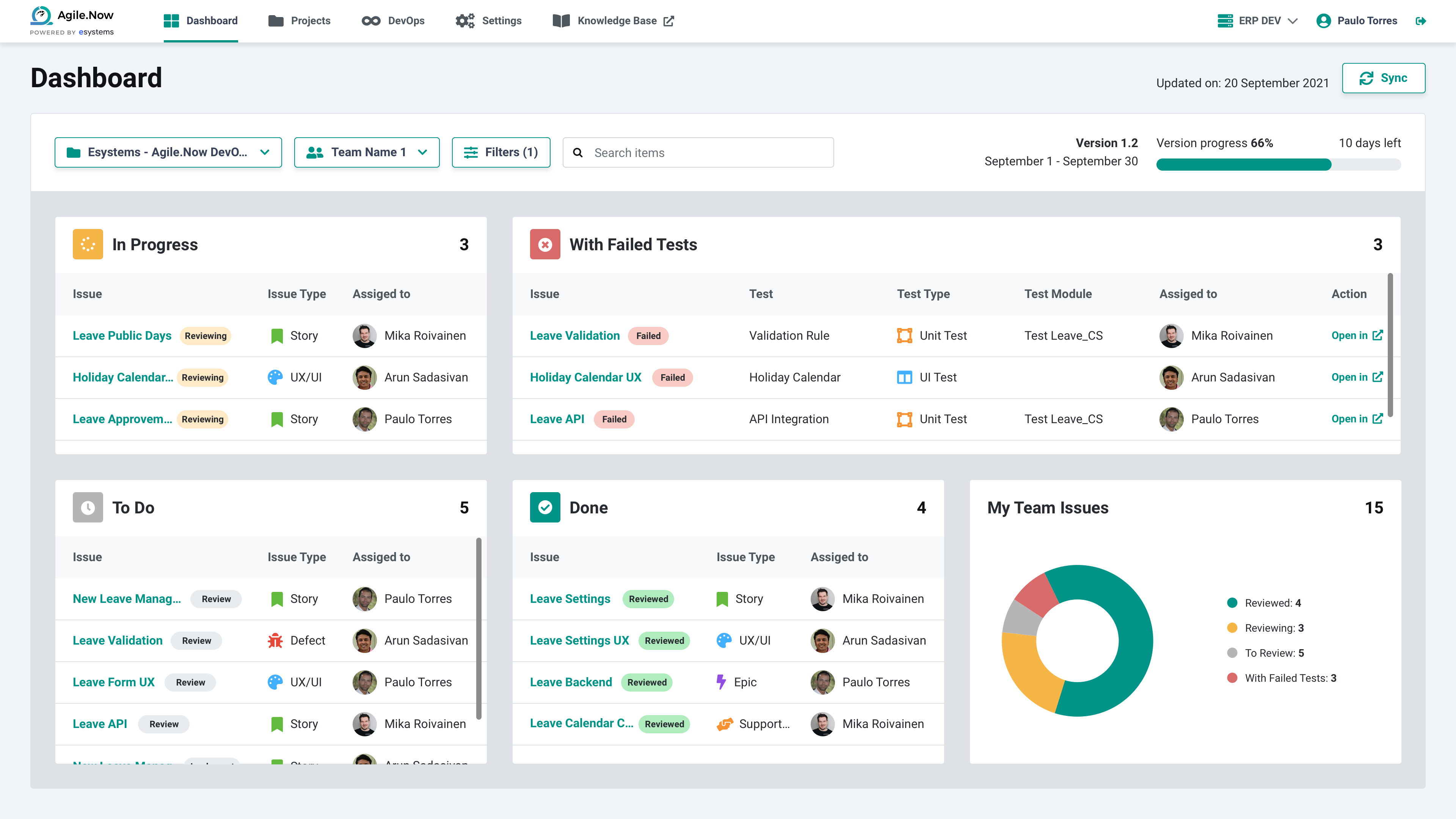